This is a video work taken at a ‘NOT-opened’ exhibition, ⟪形代KATASHIRO-metonymy⟫. It was supposed to be an exhibition held in the spring of 2020, at a space that used to be an old sake brewery in Kyoto.

Koide composed her installation work combing her small sculptures with the space and the remnants of the sake brewing. The subtle movements of lights and shades, and the continuous sounds echoing inside the factory are created by Koide’s installation.

Because of the COVID situation, the exhibition was closed before opening, and it changed its form to a video work.

Not being able to show in an exhibition style, Koide also decided to make another version of KATASHIRO, which is ⟪形代KATASHIRO-index⟫. This version is made of prints, photos and texts related to the exhibition and the old sake brewery, and sold with a special paper box.

The three words added to the title “形代KATASHIRO” – constellation, metonymy and index- are all given from the translation process of this project, “Translating the Distance”.

Koide took time talking with Yuki YAMAMORI, a philosopher mainly studying Semiology. They worked on translating the title “形代KATASHIRO” into English, by further researching what Koide has been thinking and doing in her creation process. They figured out that the translation doesn’t have to be written in one way, and decided to put three other words to each version of the work.

The words are all similar in one way, that they do not indicate one content directly, and they all talk about the surroundings, pieces, or fragments. This is part of the important idea contained in Koide’s work, that she is often trying to show her main concern with showing the relations between the fragments and the surroundings.

The 2 phrases ,’托物言志’, ‘借景抒情’ come from the conversation between Koide and the 2 collaborators, who are students from China and now studying art in Kyoto. The phrases are given to Koide as a “translation” of ‘形代KATASHIRO’ into Standard Northern Mandarin (Standard Beijing Mandarin). They say that the word ‘形代KATASHIRO’ is not used in Mandarin in the way that is used in Japanese.

In Japanese, ‘形代KATASHIRO’ represents a paper (or wood/cloth) doll used in the purification or lustration rites in Shinto (indigenous religion in Japan), and also has the meaning of ‘replacements’ or ‘substitute’. When Koide decided to used the word ‘形代KATASHIRO’ as a title of her works, she put a wider meaning to the word, and “translated” the word into English in 3 different words as, ‘metonymy’, ‘constellations’, and ‘index’.

In the video, the 2 collaborators translate some sentences written in Japanese into their own mother tongue and read out with the sounds of their dialects, which is not always the same with the Standard Northern Mandarin. The sentences they translate are the stories that come from the video work ⟪形代KATASHIRO-constellation⟫, and they are the words talked by the people related to the sake brewery in Kyoto, where the video work was taken.

The related people and backgrounds are all layered in the voices of the video, and now echoes slightly around the gallery space with the sound of daily Kyoto.

↓対話メモ / Notes and photos from the conversation during the translation. 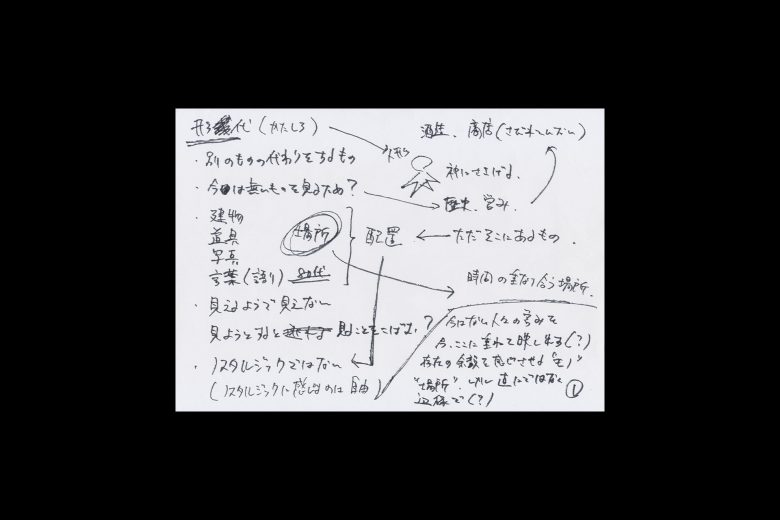 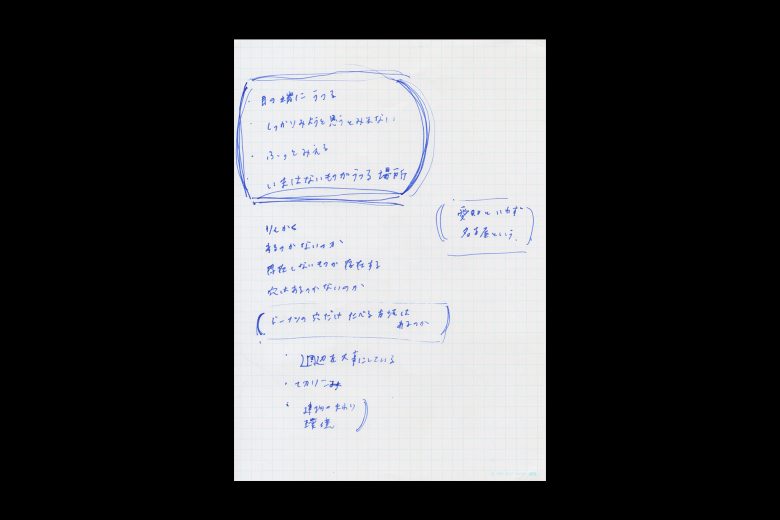 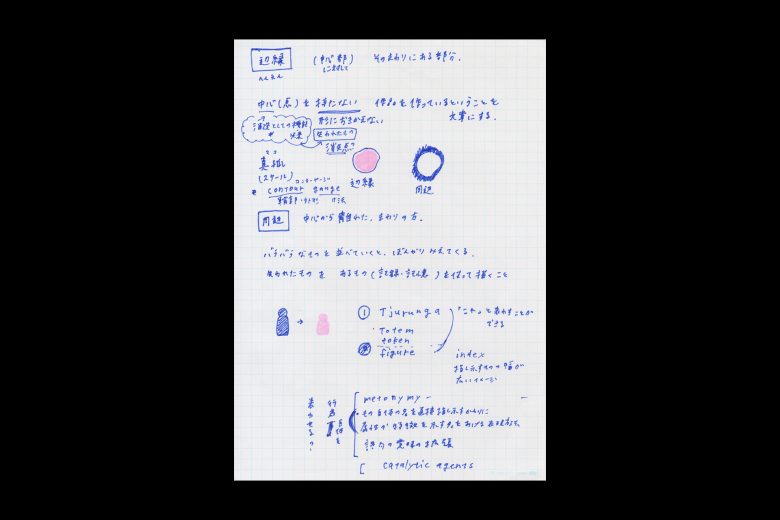 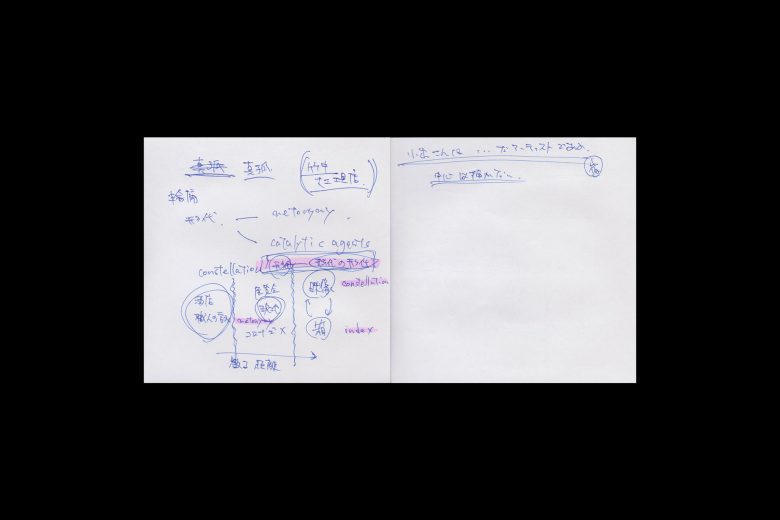 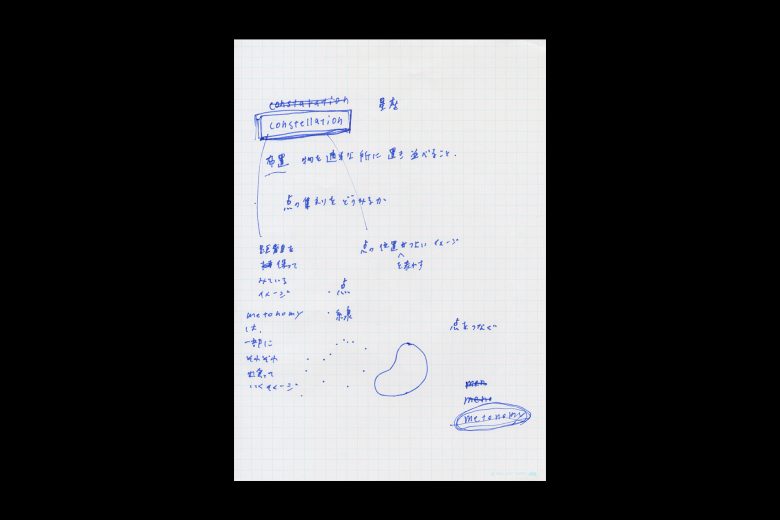 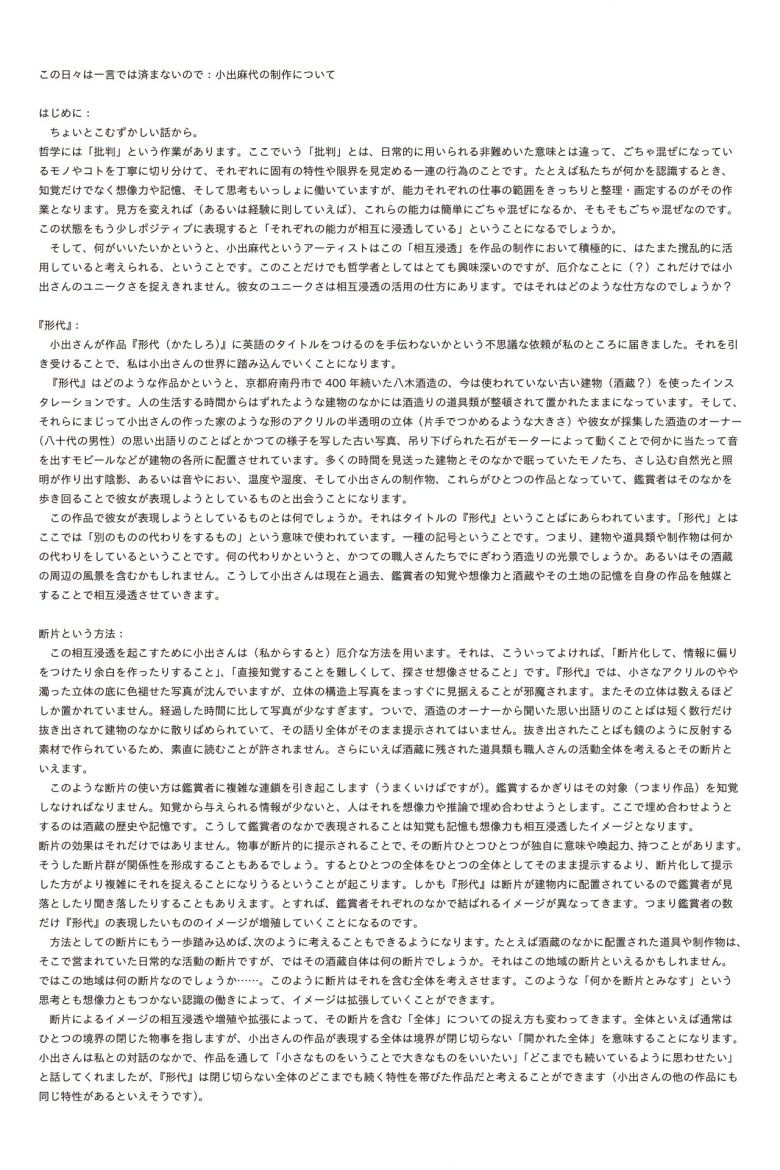 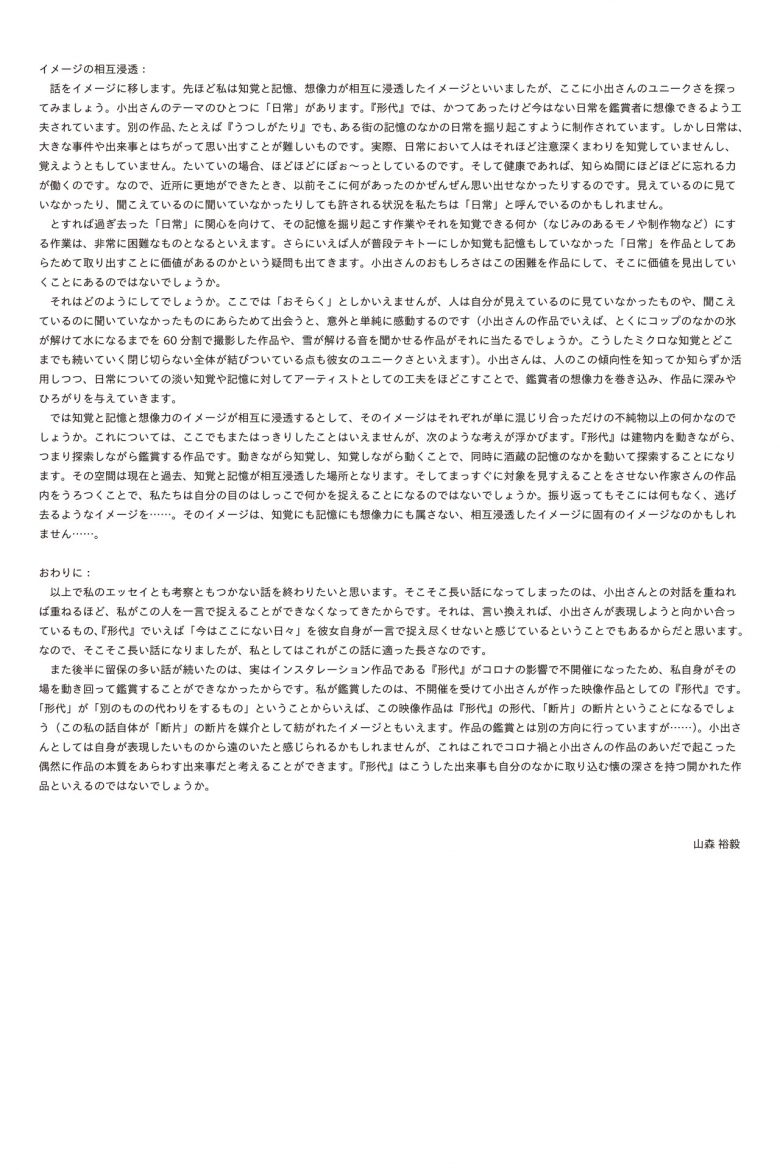 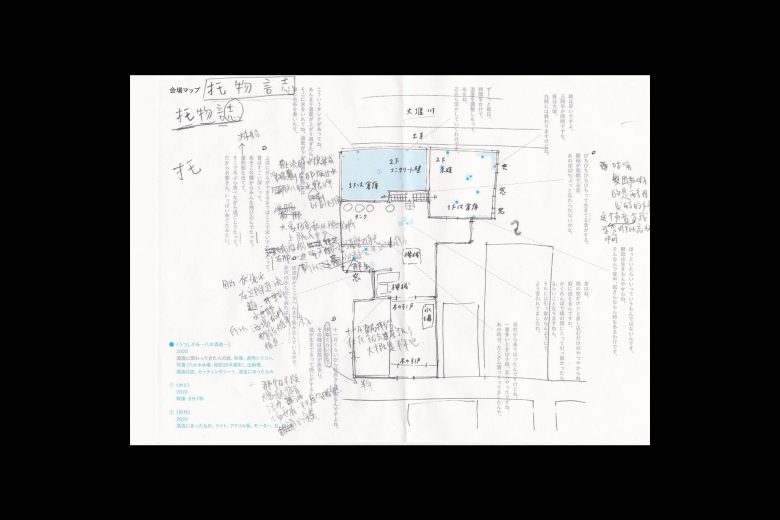 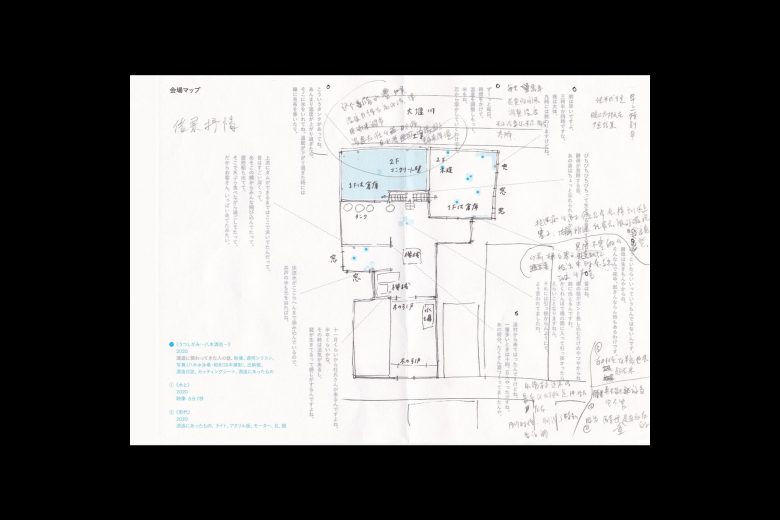