Two players used two different languages, such as Japanese/Korean, Korean/English, and English/Japanese. All the conversations during the game were interpreted by the ‘interpreter’ – the third participant that usually doesn’t exist. They took turns to experience all the roles and all the languages, and gradually knew each other through the game, through the monitor and through the interpretation.

Having an ‘interpreter’, the familiar and simple game suddenly becomes an unfamiliar and intricate conversation. In the video, you can see the various happenings in our general conversation, what interrupts our talk, how we negotiate with each other, and how we try to have a good time anyway.

Usually the two players face each other and they ‘visually’ recognize the direction that each other has chosen. But for Kobayashi’s work, two players were not facing each other, and separated in different rooms, they were connected by an ‘interpreter’ — the third participant —between them.

At the last moment of the shooting, Kobayashi decided to do the game with one language, but still with the interpreter in between. It means that the interpreter is just repeating the message of the other two players. Their language skills were all different, so the conversation was sometimes like a broken telephone, and sometimes a good mimic of each other.

↓対話メモ / Notes and photos from the conversation during the translation. 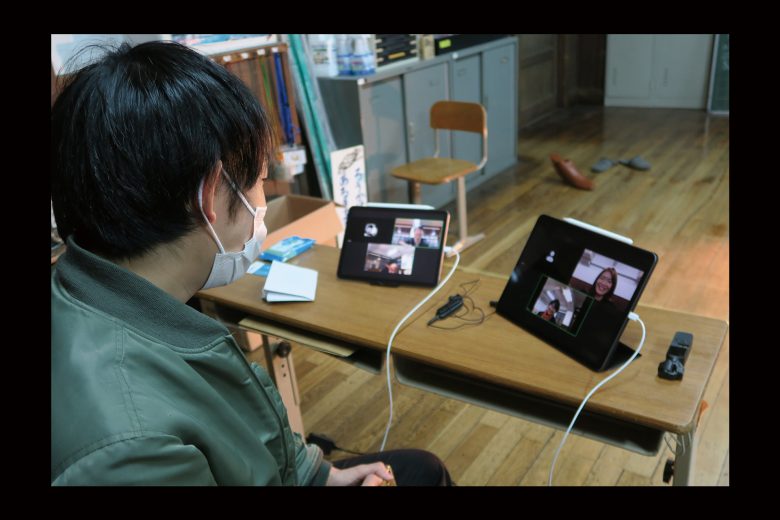 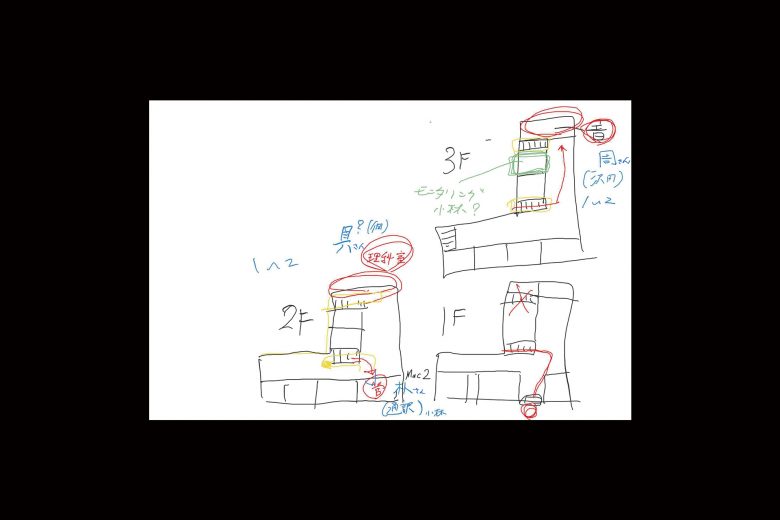 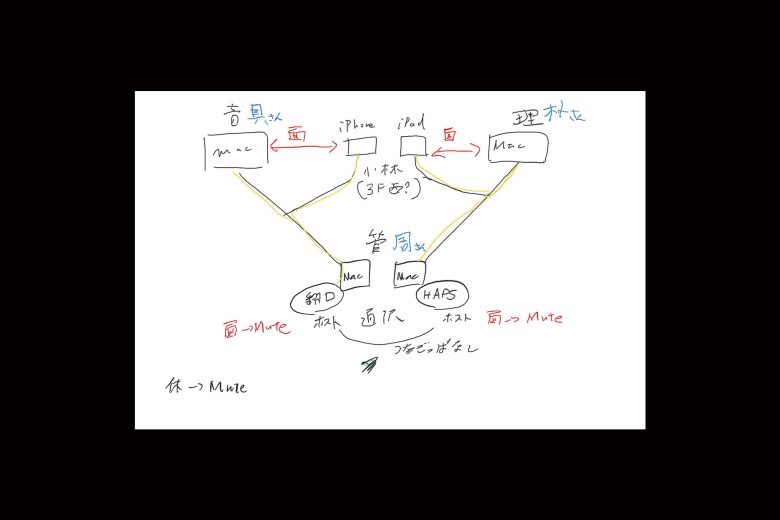 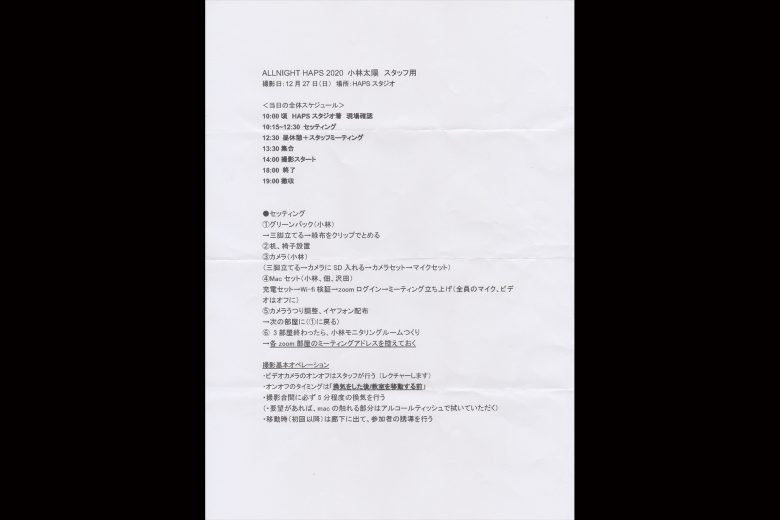 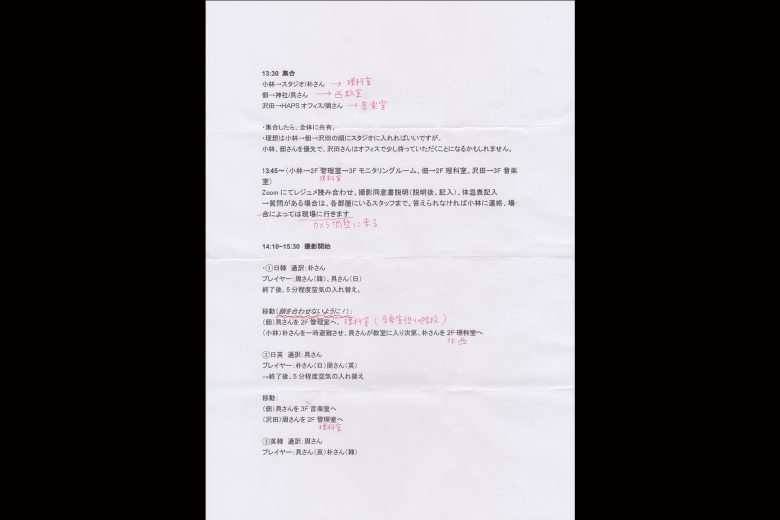 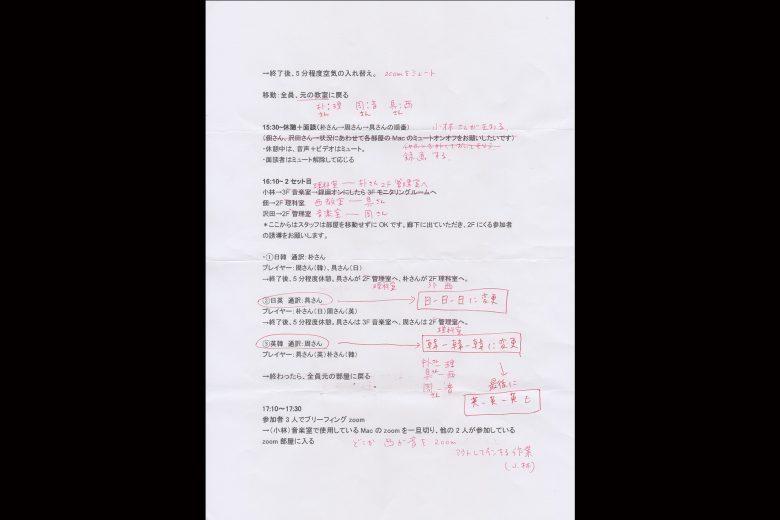 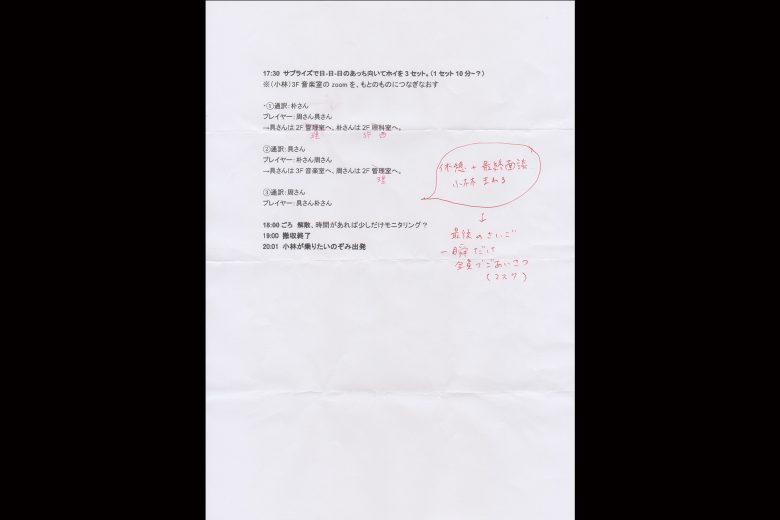 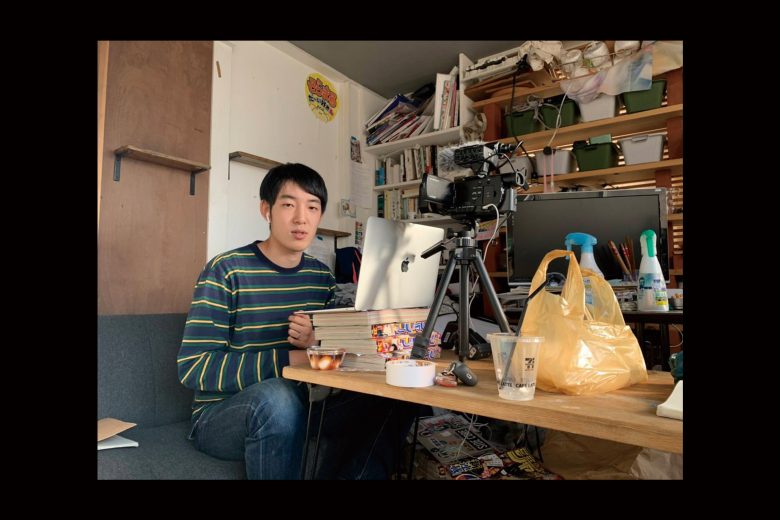